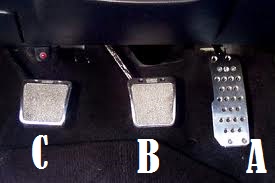 Were you taught or are you currently teaching someone to use ABC or ACB method when preparing to stop the vehicle? You could be putting yourself or someone in danger if you use the ACB method.

That we have a crisis on our roads is no longer a secret judging by the number of emergency vehicles that we daily see or hear responding to “accidents” and the number of cars driven with an L sign on the back windows.

Our roads are like mini war zones and survival is purely depended on luck for most “licensed” drivers due to lack of knowledge and skills on how to operate their vehicles safely.

Most learner drivers do not worry much about being competent drivers; they instead focus most of their attention towards getting the driver’s licenses quickly. What they fail to understand is that a license does not give one experience, it merely permits one to drive a vehicle legally on road.

One thing for sure, figures do not lie and the United Nations Decade of Action for Road Safety report found on the Arrive Alive website contains two graphs listed below that caught our eyes. They both confirm what we already know, that our roads are not safe due to drivers’ and pedestrians’ lack of knowledge and total disregard of rules of the road.

These graphs clearly show that if people can prioritize receiving quality driver training instead of just being happy to acquire driver’s licenses, we could save lives. We must bear in mind that we daily lose students, professionals and business people in road fatalities most of whom are active participants in our economy. 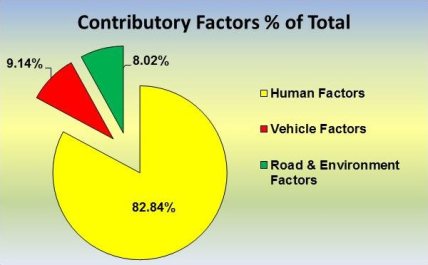 The report states that 82.84% of road fatalities are caused by human factors, which includes: 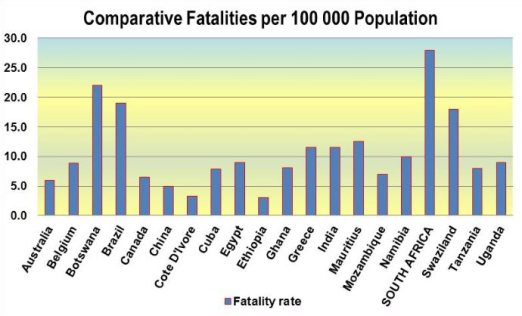 South Africa seems to lead other countries for all the wrong reasons and we should not be proud to have high numbers of road deaths because people are not replaceable.

As a driving school that has been operating for more than 7 years, we know that the major problem is caused by the way we operate the three pedals. The Clutch, foot Brake and Accelerator  form the ABC system of control, which is the correct way of slowing and eventually stopping the vehicle.

If you were to ask most licensed drivers what is the purpose of a foot brake, most will say it stops the vehicle, which is half-truth. However, the real purpose of the foot brake is to slow the vehicle and eventually stop it.

Most driving schools do not teach their learners the correct sequence of operating the three pedals (ABC) to prepare to stop the vehicle, which the one cause of most road crashes. They instead use the ACB method, which is a quick way of teaching a learner to stop but highly dangerous during emergencies.

Step 2:  Gently press the foot Brake to slow the vehicle down.

Step 3: Press in the Clutch pedal just before the vehicle stops with the brake.

This is the correct and safe way of driving the vehicle but very few driving schools teach this method because it is “time-consuming”.

Step 2: Press in the Clutch pedal with your left foot.

Step 3: Press in the foot Brake to slow and stop the vehicle.

Looking at most crash/accident scenes, one can hardly see any tyre marks before the collision which clearly prove that a clutch was use first before the foot brake was applied hence most vehicles get written off due to the high force of impact.

Through our refresher driver training we are able to retrain the licensed drivers to correctly use the pedals and be able to defend themselves during emergency situations. 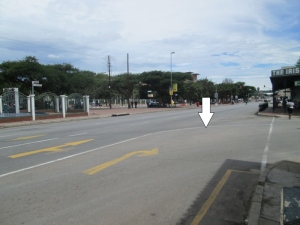 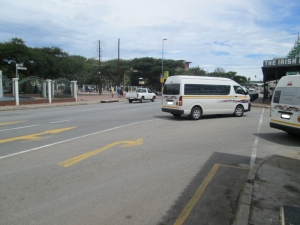 There are very few people who know and understand what the white line mean and what to do/not to do when you come across it. This is because we study question papers for our learner’s theoretical test and we go to driving schools that don’t train us in order to apply the theory. It is impossible for one to follow the rules of the road if he/she doesn’t know them hence the unnecessary many road crashes we are experiencing.

It is now becoming more difficult to choose a credible driving school from a fly-by night one as they all look and behave the same hence doing research before enrolling is very important. As our roads are becoming more and more congested due to many people opting to buy their own vehicles, acquisition of better driving skills is no longer an option in order for one to stay safe but a requirement.

Some parents/partners opt to train their children/partners to drive a vehicle without checking whether if they are effective teachers? Where did they learn to drive? Who taught them how to drive? How will they handle the parent-child/ partner-partner dynamic play? It is not about training that matters but how someone is trained will determine their safety. The problem with these dynamics is that most of those people who were trained by the parents/partners end up being the most aggressive drivers due to their “teachers” impatience during training.

The best place to be taught everything that has to do with the vehicle and rules of the road is at a driving school but the problem is “how do I choose the one that is genuine?” There are so many driving schools around the country meaning customers are spoiled for choice, isn’t it? Not really, driving schools are currently not regulated and this is the main reason why we have so many of them around with a sole purpose of making money as opposed to providing you with quality driver training.  This then leads to you being asked to pay a bribe in order for you to pass your driver’s test because they know that you have not been taught properly.

Following this procedure before registering with a driving schoolwill save you a lot of money and headache:

1. Do an internet search, this will give you an idea as to how many are they in your area, compile a list and visit them but don’t commit yourself and I can guess HTM Driving School will be one them.

2. Ask your friends/colleagues/ family members, this is the most easiest way because we trust these people but don’t rely on their information only, just note the names and HTM Driving School will be mentioned.

3. Visit each one and compare them by asking the following questions: Are they registered? Imagine doing business with an unregistered business, you won’t be protected by law. Are their instructorsqualified? Instructors should know what they are doing by first being assessed. Do they issue an invoice as proof of payment received? This is one document you must receive after making a payment, demand it. Do they provide question papers for your learner’s test preparation? You need to be taught the learner’s theory.  How do they track your progress? With no program, they can’t. When will you complete your training? Structured training should have an actual end date. Will you be allowed to drive in heavy traffic? Training without this, is not complete. Will they book your tests and how much will they charge you? This you can do on your own and save your money. Will you be required to pay a bribe? If they hesitate, they will request you and it will be just before you go for your test and at that time you will be desperate. Any driving school  that will give you positive answers without hesitating has a potential to train you better but don’t commit, yet. HTM Driving School will answer all these questions honestly and satisfactory.

4. Ask for references from the list of their previous and current customers, the willingness to provide you with reference that you have selected is an indication of their confidence in their services that they provide to their customers. HTM Driving School doesn’t mind doing that.

After having reaching step 4, your list of driving schools that you have compiled earlier on will consists of one or two companies and HTM Driving School will be one of them leaving you with a question, why are you not joining HTM Driving School?

If all of us were to follow the general K53 procedure, our roads could become safe and all the unnecessary road crashes that we are daily exposed to could be reduced/minimized. The procedure involves 10 steps that are divided into three (3) main groups and they are as follows:

1. Observe by checking the mirrors and your surrounding.

2. Check the blind spot on the side you intend turning to (Left or right).

3. Signal  your intention by switching on your left or right indicator.

4. Check your rear view mirror to make sure that there is no one following you too closely.

5. Press the foot brake gently to slow the vehicle down.

6. Change down the gear if necessary.

7. Check the blind spot on the side you intend turning to.

8. Steer/turn to side you are signalling to only when it is safe to do so.

9. Accelerate gradually to merge with other traffic.

We at HTM Driving School believe that our roads can become safe if we could all aspire to gain knowledge to drive safely and daily apply it.